My pick of the digital campaigns which have been talked about most this week.

Calvin Klein have this week begun the unveil on their largest global digital campaign ever. Focused on reviving their 90’s fragrance cK One, the campaign includes a website, Facebook presence, Twitter and other social media, App, offline, and pretty much anything else you can think of!

The plan is to introduce the brand to a new younger demographic, and to expand it into a ‘global lifestyle’ brand which will include underwear and jeans as well as fragrance.

Whilst the main part of the campaign is the ckone.com website, which allows users to explore the brand, products, and even find out more about the cast members featured in the videos, the App they have created for the campaign also allows users to unlock further video and behind the scenes content when they come across the billboards. Nice touch.

You can also truly be a part of the campaign by putting yourself forward to appear in the ‘box’ – the space which is used in their videos, full of pretty people in underwear talking about how wild they are. Think I might give that part a miss, myself….

Greenpeace have worked with DDB Paris to create this beautiful online campaign aimed at helping them to raise money and awareness around their replacement for the recently retired Rainbow Warrior ship. 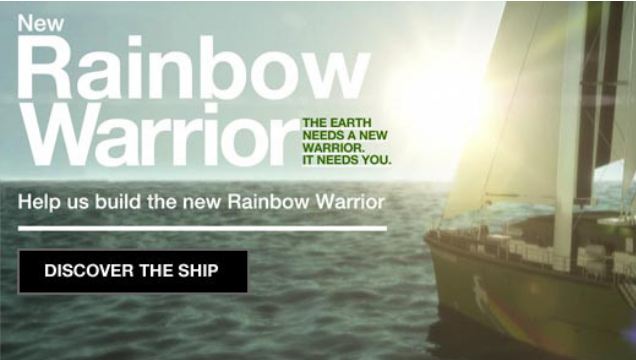 The heart of the campaign lies in the website anewwarrior.greenpeace.org, which starts with a breathtaking video introduction, and allows you to explore the designs for the new vessel with a clever 3D tool. Rather than just donating money, you can look at exactly what needs to be purchased in order to complete the project, and ‘buy’ a particular element, making you feel more involved with the cause and probably more interested in the end result. There is also a live webcam from the German shipyard where the boat is being made, to update you on the progress.

Greenpeace are making good use of their social media communities to spread the word for this campaign, and are using both Facebook and Twitter to enlist the help of others.

Well, it’s been going for almost a year now, but is STILL being talked about. I can understand why too – such a great campaign! Dulux worked with Euro RSCG London to develop their Let’s Colour campaign, which included a team of people travelling the world and helping local communities to change grey and depressing areas, into something more colourful and creative.

The results are amazing! You can really see how they are bringing communities together to work with them, and in the process creating much more inspirational spaces out of areas which were previously dull and run-down. The positive fuel this has added to their branding cannot be denied. They are not the only company to attempt something ‘social’ and community focused like this, but the way in which this campaign was executed was fantastic! The resulting videos from their initial project work are beautiful.

The social aspect of the campaign sees localised Facebook groups, where people from around the world can suggest areas that need the ‘colour treatment’ and vote for each suggested space. Participants of each project were also encouraged to create video diaries which were shown on the blog, as well as to manage dedicated Twitter accounts where they can talk about their experience.

The blog is kept fresh and inspirational in-between projects with regular updates on the use of colour around the World. Today they are sharing some photos of a lady spotted in New York with ‘rainbow’ hair. Fantastic!

Lots of talk on Twitter this week about the latest Lynx campaign – although I wonder if Kelly Brook looking amazing semi-naked and with wings had anything to do with it!

The ‘Even Angels will fall’ campaign, developed with TMW, has been created for the launch of the brands new Excite range and includes a digital game where you have to tempt the angel (Kelly) down from heaven. By doing certain tasks you can unlock different levels of the game, and even receive personal messages from Kelly herself!

You need to ‘like’ the Facebook page in order to play the game, but it’s definitely worth a go!

Which digital campaigns have been talked about most this week?

Still lots of talk about this campaign by Mattel Inc. which was launched a few weeks ago in honour of Kens 50th anniversary. Initially people were asked to vote if Barbie should take Ken back after their split on Valentines Day in 2004. Obviously the answer was ‘yes’, as they seem very much together now on the microsite.

This fantastic digital campaign included Barbie and Ken having their own Facebook and Twitter accounts, as well as profiles on the dating site Match.com! They also used Foursquare, YouTube, the main campaign microsite and a tie in with a US ‘Find the perfect boyfriend’ reality TV show to spread their message.

VisitBritain has partnered with various travel organisations to launch their ‘Unite the Invite’ campaign, which targets people in the US, Canada, New Zealand and Australia. The Facebook app, created by Albion, cleverly ‘splits’ the participants virtual invitation to the UK in half and gives the other half to a different participant, who they then need to find using only a profile picture and the power of their own friendship groups and social networks. Very viral! 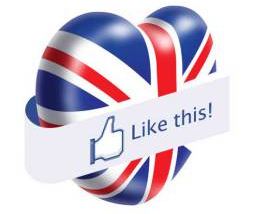 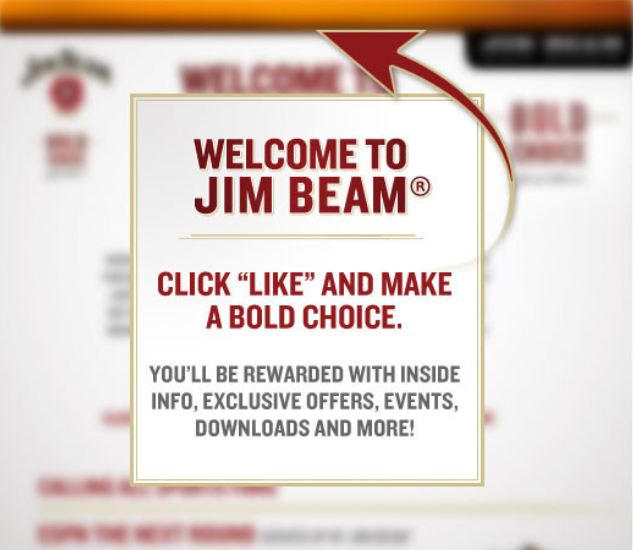 To tie in with their TV ad, Jim Bean have launched a digital campaign which reinforces their message of ‘making a bold choice’. Via their Facebook or Twitter communities you can share your own bold decisions with the brand, as well access lots of video content and downloads.

It’s not often that I come across a campaign which blows me away, but The Lottery of Life by Save the Children has done just that! Perhaps it’s as much to do with the subject matter as well as the execution – but then surely that’s the point? They need to make people aware of what is going on in the World and tug at those heartstrings in order to get some donations!

The idea is to emphasise what life is like for children who are not lucky enough to be born in developed and relatively wealthy countries. By spinning the virtual wheel, you get the chance to be ‘born again’ in another part of the world, with lovely animation and video work including nice touches like your name on the baby’s name tag. You can then see an overview of what it would be like to be a child in that country. Your new birth place is posted on your Facebook page so that your friends can offer to ‘support’ you, which of course all links back to not only awareness of the issues, but also donations.

The campaign is also tied in offline with some wonderful poignant poster ads:

Even with the technical issues I came across (I got the Swedish link to the Facebook app instead of an English one) and the fact that it could be more promoted on their main website, I still love this campaign!

Check out this ‘short’ (it’s actually quite long!) film created by a few of the major players in advertising to help entice youngsters into a career in advertising.

The message is a good one,and it’s great that these agencies are working together to promote their industry. Although it’s obviously aimed at the US market, it’s worth a watch as the content is relevent in Europe too.

There is also a website to back it up, which if nothing else helped me find the lovely intro to the VCU Brandcenter site.